While the novel Steel’s Treasure is part fiction, it does serve a whopping dose of historical fact.  The book’s principal character, Air Force Capt. William Steel, is obsessed with the legend of Yamashita’s treasure, or Yamashita’s gold. The infamous Japanese General Tomoyuki Yamashita, the “Tiger of Malay,” commanded imperial army troops in the Philippines and is believed to have stashed billions of dollars’ worth of treasure in vaults scattered around the islands. 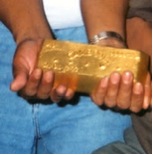 The imperial army amassed the riches during its occupation of Southeast Asia-- looting temples, businesses, and the capital cities. They consolidated their booty in the Philippines with plans to move it to Japan once the U.S. blockades on shipping and air transport ended. There, the wealth would finance the dream of an Asian empire known as the “Greater East Asian Co-Prosperity Sphere” --- a dream permanently put on hold when Japan unconditionally surrendered to ally forces in 1945.
The treasure remains hidden in secure vaults somewhere in the Philippines’ vast mountainous jungles.   Steel and his Negrito pygmy tribesmen explore a few of these caves and Japanese army command bunkers in their adventures in Steel’s Treasure.

Yamashita’s engineering teams, using enslaved Filipino civilians and U.S. and allied POWs, built underground chambers, so well hidden that most are still undiscovered. Hundreds if not thousands of the forced laborers died building the sites. In addition to layers of concrete and earth, the vaults were booby-trapped with high explosives and, in some cases, glass tubes of cyanide gas.  None of the Japanese engineers who designed these death traps are thought to have survived the war.  Even the Tiger himself was captured and executed by the Allied Forces, a scene briefly visited in Steel’s Treasure.  He carried to his grave the answer to the question that consumes Steel—where is the treasure?

Since the war, Steel and other treasure hunters have tried to locate the hidden gold.  Most are amateurs, and a cottage industry has sprung up of locals who offer to sell their “expertise,” complete with forged Japanese maps, to locate the Tiger’s treasure. It is rare that a professional, adequately-funded foreign-led operation makes a run at the fortune.

For twenty years, President Marcos and his family had a near monopoly on treasure hunting, crowding out any significant foreign expeditions. Some allege that the Marcos families’ ill-gotten wealth stashed in Swiss bank accounts came from locating some of the Tiger’s stash. Since the overthrow of the Marcos, successive Philippine governments have been more open to letting foreign companies search for the treasure, but few are interested because of corruption and the lack of information on where the sites are located.

Steel’s Treasure is set in the 1980’s in the Philippines’ carnival-like political scene, with a huge U.S. military presence, a corrupt dictatorship, and an active and violent Communist insurgency.  Here, neither Marcos and his crony military officers nor the Communist New Peoples’ Army can prevent Steel, his Filipino side-kick, Jo Jo, and a motley band of Negrito tribesmen from finding gold.